How to keep the flu at bay 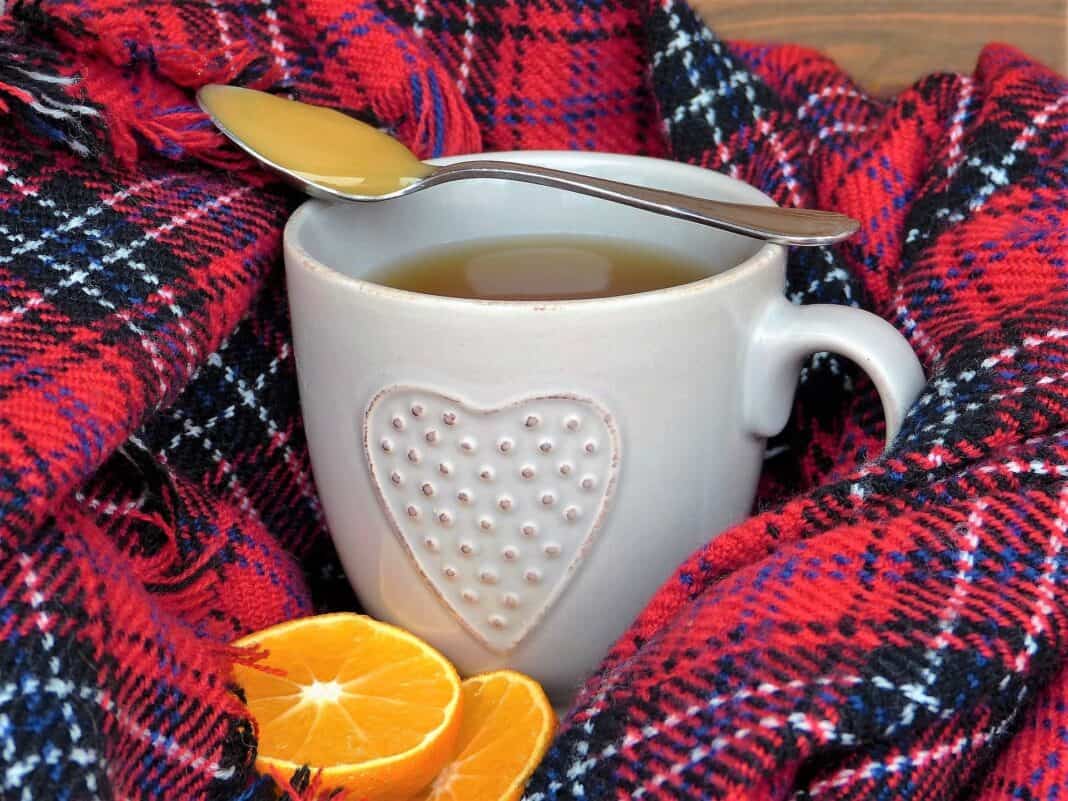 Summary
Influenza means sore throat, gout and sneezing! That’s a lot, isn’t it?
Let’s get our sun!
Movement is very important!
Let’s eat chicken soup for lunch or dinner
Give up or reduce sweets
Let’s take a pill (a healthy one!)
Yogurt with probiotics
Garlic, spiced
And yet, you got the disease? Here’s what you do:

Influenza occurs suddenly, in force, with symptoms similar to colds, chills and fever. If a simple cold gives us a bad mood all week, the flu knocks us down for a week and we need three more to recover from it. Often the flu leads to overinfections of the ear, sinuses or bronchi.

There are over 200 different cold viruses. Most are rhinoviruses, which attach to the respiratory mucous membranes, where they multiply. From there, viruses are scattered by sneezing or coughing in the atmosphere or by contaminating objects such as handles, keyboards, etc.

The first symptoms are sore throat and sneezing, then gout, sometimes coughing, headache, muscle pain and occasionally fever. In our lifetimes we make about 200 colds, which last us about 9 days each, which is about five years of sneezing, sore throats and gout! Together we try to find the best ways to keep the flu at bay.

Let’s get our sun!

Studies show that there is a link between low levels of vitamin D in the body and the high frequency of infections. That might explain why we get cold more often in winter than in summer. So in months of modest or absent sunshine, it is good to take a vitamin D supplement (to eat a lot of fish and eggs).

We can go for a walk with friends! The joy we feel when we meet friends triggers the release into the body of endorphins, the hormones ”well-being” which in turn increase the production of antibodies and help us fight the disease.

Immunity also increases if we expose ourselves to viruses, so isolation is not a solution. The absence of contact with viruses makes the immune system less tolerant of them and takes the first cold.

It’s good to make movement,no matter how little! Active people, who practice at least five times a week, have a 46% lower risk of getting sick. Even 30 minutes a day of moderate aerobics counts!

Fast walking or swimming doubles the effect of the flu vaccine! Let us not exaggerate, however, because too much exercise has the opposite effect, increasing the risk of disease.

A remedy known for centuries against influenza, chicken soup, seems to bring scientific arguments of its curative effect. According to the researchers, several ingredients have been discovered in chicken soup that can reduce inflammation by blocking the inflammatory response of white cells.

Give up or reduce sweets

Sugar affects the immune system and makes us more vulnerable to viruses. By avoiding refined sweets and carbohydrates, such as white bread, we will be able to give our immunity a chance in the fight against the disease.

Let’s take a pill (a healthy one!)

Zinc and vitamin Ccan reduce the severity and duration of a cold, experts claim. It seems that taking zinc (tablets, syrup) the day before the onset of cold or flu symptoms is very effective.

It seems that probiotics not only rid us of intestinal infections, but of any infection in general. Studies have shown that the introduction of a probiotic preparation, for 5 weeks, to 55-year-olds, immunity has increased like some 20!

It turns out that the fenugreek ( Trigonella fonum ), a spice common in Indian cuisine, is a so-called “winter elixir”, which protects us from colds. Cool volunteers included in a study quickly escaped symptoms after twice taking half a teaspoon of fenugreek powder.

And yet, you got the disease? Here’s what you do:

Treatment indicates rest, administration of fluids and anti-inflammatory. Antibiotics do not help, because they do not fight viruses and in addition increase the risk of overinfection with antibiotic-resistant bacteria.

It is good to give our body the chance to fight the virus alone. And if we have fever for more than 3-4 days, chills, productive cough, persistent symptoms over 10 days, breathing problems, chest pain, vomiting or facial pain, confusion, it is good to go to the doctor urgently!

26 fruit and vegetable juices for health

8 reasons to choose the right mattress

The harmony of the environment influences our lives