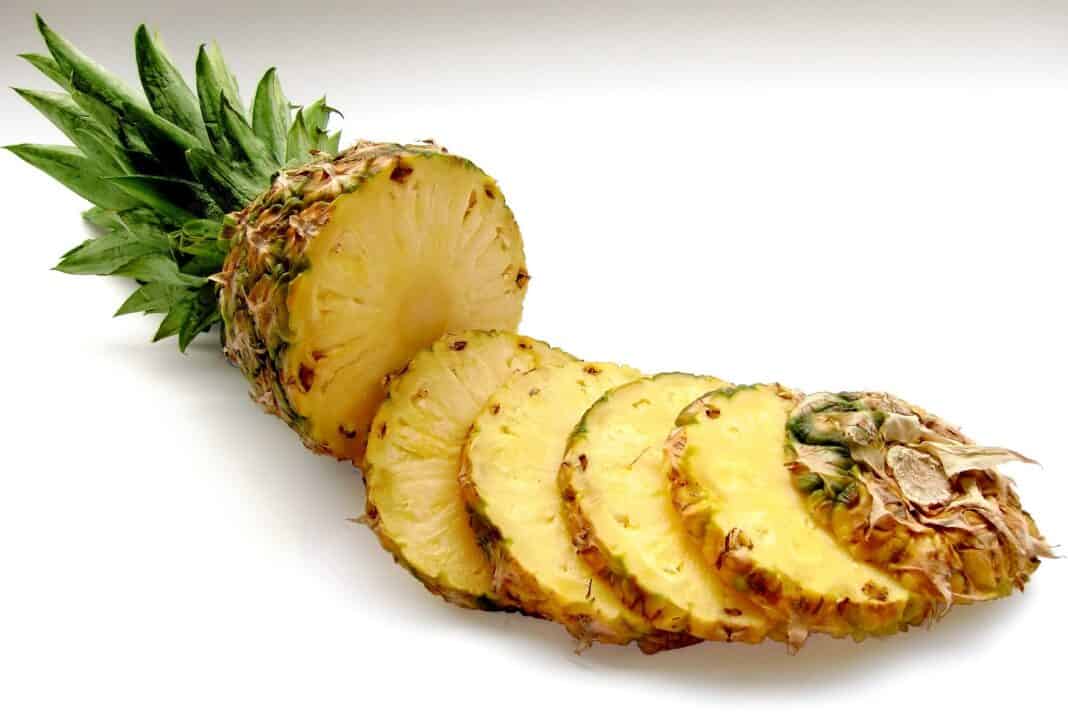 Pineapple from the royal gardens of Versailles

Pineapple enjoys a great food reputation. Pineapple is native to tropical America, currently cultivated in all warm regions and in some greenhouses in temperate areas. Pineapple fruits were not known in Europe until after the Portuguese rediscovered America, who introduced the plant into the crop in India in 1594.

In the 18th century, a Dutchman had the idea to grow it in greenhouses and succeeded. It is said that the Dutchman cultivated pineapple in the royal gardens of Versailles in 1730, and later the crops were resumed during Louis XV, the initiative being followed in many major cities in Europe. These crops in greenhouses represented a luxury, which fell due to the expansion of crops in warm countries which, through the low price of exported fruits, eliminated crops from European greenhouses.

Pineapple contains betacarotene, iodine, magnesium, manganese, potassium, calcium, phosphorus, iron, sulfur and mineral salts. However, pineapple is the only fruit that contains a ferment of a protide nature, which has a remarkable property to dislodge the protide molecules from food (bromelin, proteolytic enzyme, comosain and ananain).

Pineapple is very useful in dyspepsia, to combat gastric atony, achilia and anorexia. To some extent, pineapple fruits replace gastric juices. It is recommended to consume after main meals.

Pineapple contains bromelin, substance with anti-inflammatory action, fibrinolytic, as well as the property of removing skin lesions. It has also been shown to inhibit and interfere with increased replication of malignant cells.

Pineapple has an antiedema and anti-inflammatory action due to bromoline and phytotherapeutic complex in the pulp of the fruit in edema due to albuminuria, in traumatic edema, pulmonary edema, contusions, ruptures of ligaments or muscles, in venous insufficiency.

Pineapple acts favorably in cellulite and obesity. Excessive retention of salts in subcutaneous tissues contributes to the storage of lipids in fat tissues that contribute to the pathogenesis of cellulites. A pineapple cure, which also has diuretic action, removes both salts and excess water from subcutaneous tissues. It is indicated in anemia, growth, convalescence, demineralization, dyspepsia, intoxication, arteriosclerosis, arthritis, gout,lithiasis. It has beneficial action in wounds and burns. Clinical pain relief and faster tissue restorationhave been demonstrated.

Fresh pineapple juice, obtained by pressing or mixer, has these qualities mentioned above. The enzymes in this fruit are extremely thermollable, and the canned pineapple juices or compotes, although they taste pleasant, have no dietotherapeutic value. It is recommended to consume fresh pineapple slices or juice obtained immediately after pressing.

There are currently standardised products obtained by freeze-dried, in the form of operculated capsules of 262 mg, corresponding to 4 mg of the active substance. One of these very good products is prepared in Aboca Laboratories in Italy. It is given 4 capsules per day.

The pulp and juice of pineapple fruit are used in kitchens around the world. In many tropical countries, pineapple is prepared and sold on the side of the road as a snack. Pineapple chunks are used in desserts such as fruit salad and in many savoury dishes, including pizza toppings or as a grilled ring on a hamburger.

Traditional dishes that use pineapple include hamonado, afritada, kaeng som pla, and Hawaiian hast. Crushed pineapple is used in yogurt, jam,sweets and ice cream. Pineapple juice is also the main ingredient in cocktails such as pina colada and in the tepache drink.

5 tricks for a flawless manicure

3 Secrets to a bright and rejuvenated look

12 foods that stain your teeth

Apple the tree of life

3 cures from our grandparents